Platform: PC, with the intention of making it work on smartphones and tablets

In short: Forsymbiote Field is, aside from a victim of a horrible play of words, the result of a school project where three people would sit down in a group and decide on one from a gallery of game prototypes and then each make their take on it in game form. The theme of the prototype we chose were “Symbiotism”, which resulted in this here game.

The player has no weapons whatsoever himself, but there are four allied Forcefields that aside from protecting the player from incoming fire also periodically fire at enemies within range. They can, however, not move themselves which requires the player to move them out of the way of the many asteroids that come flying, which will otherwise damage them.

The player can also pick healthpacks, which can be used either to heal the nearest forcefield or the player himself.

The game gets gradually tougher as time goes by so simply put, the objective is to survive for as long as possible. 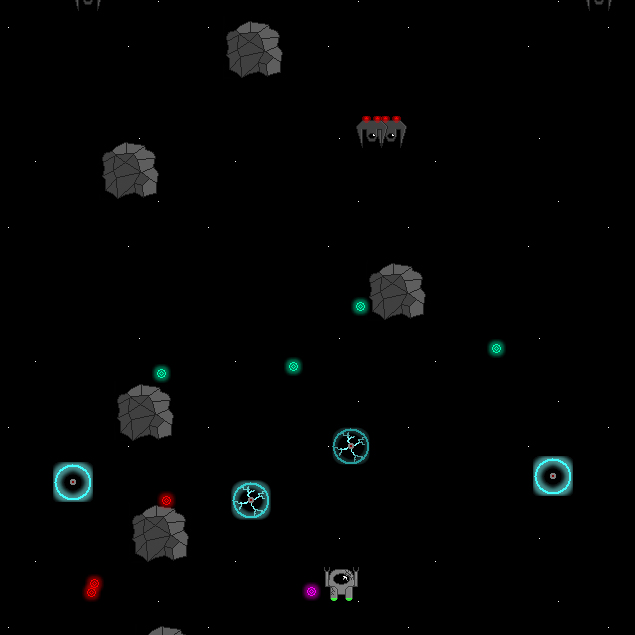 Things to do: Improve graphics, Add more content such as enemies and/or Powerups, Possibly split the game into several levels instead of just one increasingly harder one.

If you want to try out and/or download the game, just click the title and you will be linked to YoYogames where I have posted it.

Comments and suggestions are very much welcome!