In short:This is my first attempt at creating a 3d-game ever. It was made during a joint project with the graphics-branch of my program in early 2011 and it is basically a checkpoint rece in three dimensions: Get as far as you can before time runs out… oh, and there is pizza!

This was also my first attempt at the engine Unity, which turned out to be fairly nice working with, I might take it up again later for my own projects. 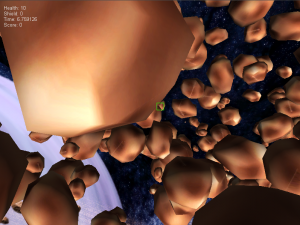